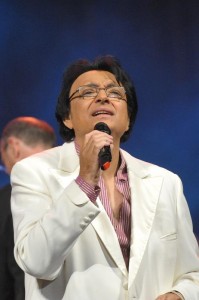 Oto Pestner is a Slovenian tenor singer and is known as a legend of Slovenian pop, jazz, gospel, r’n’b and A-capella music. He has a rich music history and has performed as an artist/producer on lots of projects during his long music career. He has recieved numerous awards and is highly valued and honored by The President of the Republic of Slovenia, Mr. Borut Pahor.

Oto Pestner was born in 1956 in Celje (Slovenia) and has made his firs audio recordings at the age of 12 in studio Radio Celje and at the age of 15 (in 1971) has won a Slovenian national song contest “Slovenska popevka” with an evergreen song “Trideset let“. Until the end of ’70s he was a regular singer (and an award winning artist) on Slovenian national song contest “Slovenska popevka” with songs like Mati, bodiva prijatelja”, Tvoje solze, Vrača se pomlad,.. He has also competed on other festivals like “Opatija” with song “Šepet poletnih trav” and also festival “Vesela jesen” as a member of New Swing Quarteta, and “Melodije morja in sonca” festival. From 1970 until 2008 Oto was a conducter and leader of New Swing Quartet. He was also a member of Alpski Kvintet.

From 1971 he has been composing, arranging and producing different styles of music. Ha has made some of the most important Slovenian songs and albums: Zlato sonce in črna reka (1974), Črna zvezda (1976), Ciganska kri (1991), album Invisible instruments (1995), Pravi posao (1980), and others (see Discography). He has contributed to the career of lots of famous Slovenian singers and choires and had a successful career with New Swing Quartet. Some of the milestones in the history of gospel and soul were made by the New Swing Quartet with albums: Spirituals (ZKP RTVL, 1973), V studiu 14 (ZKP RTVL 1976), Oh Happy Day (Jugoton, 1985), Deep River (Dokumentarna, 1988), Heart Full Of Swing (Jugoton, 1989) in I Saw The Light (NSQ Production, 1998), and many others (with songs like: He’ll Understand And Say Well Done, Trouble Of The World, Sometimes I Feel Like A Motherless Child, We’ll Understand It Better By And By in Crying In The Chapel). 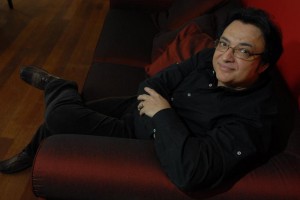 Oto Pestner has released over 45 solo albums, and 45 albums with New Swing Quartet, and over 30 albums with Alpski Kvintet (some sold in multi-million copies), and has also appeared in over 50 other albums and singles. As a composer, producer and performing artist he has appeared on over 5.000 songs.